As an Interpreter Educator, I like to use real-life scenarios in my classroom, where one of the courses I teach is Professional Ethics for Interpreters. This one is an excellent teaching tool on what effect self-interest—even at the higher levels with established professionals—can have on everyone involved.

To make sure we are all understanding terms used, I will pull from RID’s CPC on the definitions of consumers and colleagues. The first is defined as “[i]ndividuals and entities who are part of the interpreted situation. This includes individuals who are deaf, deaf-blind, hard of hearing, and hearing”. The second is defined as “other interpreters”.

An interpreter had been approached by a Fortune 500 company to interpret an annual appreciation banquet. It is open to the public, and many famous people also attend. Apparently, there were several Deaf staff, as well as the potential for Deaf individuals from the public attending every year, and historically, the company relied on well-intended “signing staff” to interpret this important, high-profile event. One year, some complaints were launched that certified, qualified interpreters were not being hired to interpret. In wanting to meet the needs of the Deaf community and their Deaf staff, the company sought out interviewing for such an interpreter. It was through professional recommendations that the interpreter mentioned at the beginning of this scenario was approached.

This interpreter came with full RID certifications, as well as many years of interpreting experience. After being interviewed, she was offered this yearly event interpreting assignment with this Fortune 500 company, and eventually through the years other events taking place within this company involving their Deaf staff. They have worked collaboratively and professionally for many years now. Deaf staff members have expressed satisfaction, and through word of mouth, more and more Deaf community members were attending the annual event.

Recently, one of the executives made a phone call to the interpreter. He mentioned that their company was going to be “out-sourcing” to an interpreting agency to cut costs for interpreting services, and gave this interpreter the opportunity to get on board with this agency. Since she enjoyed working with this company the few times a year that she did, she agreed to do just that. The executive was thrilled to know this, as he explained that his company would be able to request this same interpreter for their annual event only if her name was on the roster. He informed the interpreter that the agency rep would be calling her to set things up.

Submitting resumes to various agencies is not new in our field; any time we want to work for a new agency, this is standard. Even the RID CPC states in tenet 6.1 under Business Practices: “Interpreters accurately represent qualifications, such as certification, educational background, and experience, and provide documentation when requested”. The interpreter obliged, submitting a comprehensive resume, as well as evidence of her MA degree and RID certifications. Soon she heard from the agency, stating they were impressed with her qualifications and experience. The agency then requested that she submit a tape doing her best interpreting, to make sure she met expectations for this agency. Again, this is also not entirely unheard of. She chose a text and videotaped herself, burned a DVD and mailed it to the agency. Eventually someone emailed her back, and they raved about the DVD, stating it was a “beautiful job”, and the agency was impressed with her skills.

The interpreter was happy to have obliged by the agency’s requests, and felt she was set to meet the requests of the Fortune 500 company that wanted to employ her interpreting skills for their annual event. With her name on this agency’s roster, the company could request her, and all stakeholders’ needs and requests would be met. This would reflect well on RID’s CPC tenet 4.0 Guiding Principle on Respect for Consumers to “honor consumer preferences in selection of interpreters and interpreting dynamics, while recognizing the realities of qualifications, availability, and situation”. This situation seemed to meet everyone’s needs and desires.

that she had emails showing how she was willing to work with them, but that it was the agency who had emailed her and explained that they would not be using her for this company in the future. The executive asked for those emails to be forwarded to him.

Although initially the company was able to show the interpreting agency that they had held up their end of the business relationship by doing as they asked to get the interpreter’s name on the roster, and that the agency had not been up front about their true intentions from the beginning, in the end, the company was forced to follow the legal contract signed by everyone. With the interpreter’s name not on the roster, the company could not request her anymore, even though it was their desire to do so. More significantly, on the night of the annual event, it was none other than the owner of this interpreting agency himself who showed up to interpret this “coveted assignment”.

This story caused me to ponder on the ethics around this situation. While actions that occurred may not have, in themselves, been illegal, they may still be considered unethical. Certainly, agencies have a right to hire whomever they choose. But it seems to me that the requests of the hearing consumers in this situation were ignored over the self interests of an agency that wanted to fill this assignment with their own people. RID CPC tenet 3.0 on Conduct reads: “Interpreters…avoid situations that result in conflicting roles or perceived or actual conflicts of interest.” Further, tenet 3.7 counsels interpreters to “disclose to parties involved any actual or perceived conflicts of interest”, and 3.10 says to “refrain from using confidential interpreted information for the benefit of personal or professional affiliations or entities”.

The actions of this agency, from the beginning when truthful intentions were not expressed clearly to the company, to the end where the owner himself took this assignment for his own benefit, revealed a conflict of interest. It appears the agency members intended to keep this assignment for themselves all along. Honesty from the beginning would have prevented the interpreting agency from appearing self-interested, shedding a negative spotlight on the profession of interpreting. Perhaps, the owner could benefit from reading, A Sign Language Interpreter is a Sidewalk Executive?, by Brandon Arthur. This whole situation left a negative opinion in the eyes of the executive company, which was very unhappy with the decision in the end.

Also, respect for consumers (CPC tenet 4.0), was also not considered in the decision to not add the interpreter’s name to the roster. The executive company, in good faith, proceeded with a contractual agreement with the agency, under the impression that the certified interpreter they preferred would be added to the interpreting roster. That was not honored on the part of the interpreting agency.

Furthermore, respect for colleagues (“other interpreters”) was also not considered in this action. CPC 5.0 states that “interpreters demonstrate respect for colleagues, interns, and students of the profession”, with the Guiding Principle warning RID members that “interpreters…also understand that the manner in which they relate to colleagues reflects upon the profession in general”. Certainly misrepresenting the integrity and character of one of their own was not showing “respect for [a] colleague”. One of the company’s executives felt an obligation to call the interpreter that they had been working with for the last many years to state how disappointed he was about the outcome of this situation, stating that meetings for the annual event planning committee were “very somber over the pettiness of it all”. This is unfortunate, indeed. And it could have been avoided completely.

In aiming to teach ethical behavior to interpreting students, how can we instill such ethics as collegiality, civility, as described by Carolyn Ball in her post, What Role Does Civility Play in the Sign Language Interpreting Profession, and professional conduct, along with adhering to the RID Code of Professional Conduct, if the very leaders we want to emulate do not practice them? Even in the 21st Century, people can act in a less than civil or professional manner, not realizing the impact their behavior has on others, or how it reflects negatively on our profession.

Although this seems like an extreme case, is it? Do you believe this is a rare occurrence, or does our profession still deal with individuals and agencies conducting themselves in this manner? What do you think? How can we, as a profession and as individuals within the profession, move toward preventing this from happening in the future? 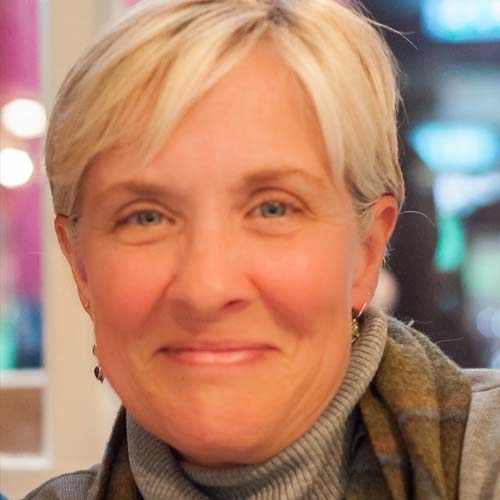