By: Trudy Suggs
Sign In or Join Now to save your favorite content.
A chip on her shoulder.
An angry Deaf person.
I will definitely NOT be attending her workshops in the future. The workshop seemed to be a venting session for the Deaf people.

These were just some of the evaluation responses to a workshop I presented at a state-level sign language interpreting conference recently. I had been asked to do three workshops at this conference, and the first workshop went fabulously.

The second workshop was after lunch, a notoriously difficult time slot because participants are often tired from the morning and lunch. Even so, I expected this workshop—which I had presented many times before—would be fun and invigorating. I was especially pumped by the participants’ awesome energy that morning, and was excited to see that many who attended the morning workshop had joined this afternoon session. The Deaf participants were renowned advocates and leaders. However, as the session got underway, I became a bit perplexed by the mood before me. Perhaps it was the lighting, the room set-up, or fatigue, but the room seemed tense, almost foreboding. Still, I figured the energy level would quickly rise.

I noticed, almost immediately, a specific group of interpreters who whispered to each other without signing. Participants in the first workshop had been extremely respectful about signing at all times. The conference organizers had also clearly stated that one language was to be used. I naturally assumed that for workshops led by Deaf presenters, all present would sign.

I won’t go into how many articles and discussions there have been about how interpreters and students are notorious for not signing at interpreting conferences (although I’ll cite an article I wrote six years ago about this), but it may be helpful to understand my background. I’ve worked with interpreters since I was a toddler, and was mainstreamed for most of my education. I also constantly work with interpreters in my career, and travel the nation providing interpreting workshops because I think it’s so important for Deaf people to share their knowledge and experience. I emphasize in every workshop that interpreters are among the most crucial allies Deaf people can have. Furthermore, as a mother to four children who are Deaf, I have a very personal reason for wanting nothing but the very best in the interpreting profession.

I was disturbed, as were several participants, by this group’s behavior, so I quickly reiterated the importance of signing at all times. After the fourth time I mentioned this, I became visibly irritated, because it was difficult to understand how such rudeness would be exhibited. I explained that as a Deaf person, they were taking away my opportunity—without my having any say—to catch side conversations that often hold such a wealth of information.

Let me share an example. At another workshop, during a break, I noticed two participants talking about their pregnancies. I happily jumped into the conversation; as someone who was pregnant for four years in a row, I always love sharing pregnancy experiences. Sure enough, one of the participants sat with me during lunch and we exchanged wonderful child-raising tidbits. This interaction is what is so important to the development of alliances between hearing and deaf people. It helps us build connections and recognize shared experiences as human beings.

As is true for any workshop I present, I always ensure that the Deaf participants are given an opportunity to provide input. While the Deaf experience may be common across many levels, it isn’t identical for every Deaf individual. At this workshop, there were four Deaf individuals in attendance. About an hour into the workshop, I made a comment in passing about how I wished all video interpreters knew the names of deaf school towns—that is, towns with deaf schools (i.e., Fremont, St. Augustine, even Faribault)—or at least be familiar with the names. I said this lightly, with a smile, and the Deaf participants nodded vigorously in agreement. This type of knowledge is an important element of Deaf culture for many people. Not recognizing its importance, or dismissing it when someone shares this information, speaks volumes to cultural (il)literacy.

A participant from that group suddenly said with an incredulous look, “I don’t understand why you’re so upset that video interpreters don’t know city names! That’s really ridiculous. It’s such a small thing.” I was momentarily caught off-guard by her flippant response. I quickly clarified that I wasn’t upset, saying, “Quite the contrary. It’s just one of those things that Deaf people have to live with. It does become cumbersome if you have to make several calls a day and each video interpreter you encounter doesn’t know a city sign or town where a deaf school is.”

The participant started to dissect my comments, shaking her head in disbelief. A Deaf participant stood up saying, “Trudy isn’t upset. She simply—and she’s right—means that it does get frustrating when interpreters don’t know the sign for large cities or deaf school towns. Deaf school towns are to us what major cities are to the general population.” This interpreter shook her head as if we were silly. In retrospect, I should have ignored her. I didn’t, because I was, truthfully, astonished at her disregard for our experiences.

Realizing that perhaps her reaction came from culpability or taking my comments personally, I asked why she was upset. She said, derisively, “I’m not upset. I’m simply disagreeing. Disagreement is healthy, right?” I decided that I’d had enough and moved on, but I was shaken. Discouraged and belittled, I tried to keep the workshop going despite dagger-eyes from that interpreter who “healthily” disagreed with me.

After the workshop, at least six interpreters came up to me and apologized for that group; several thanked me for being so straightforward and expressed their appreciation for all the Deaf participants’ contributions. One interpreter said he was angry because he felt she wouldn’t have done this had I been a hearing presenter.

I talked with one of the volunteers at my workshop, a Certified Interpreter and the mother to a Deaf adult. I shared my puzzlement at why I felt blindsided. She said, “There’s a difference between challenging an expert and disagreeing respectfully.” She nailed it; after all, would the participant have so publicly disagreed with me had she respected me as an expert in my subject matter? What if I had been a hearing presenter talking about deaf people’s frustrations? Maybe she still would have, but I doubt it.

I received overwhelmingly positive evaluations for the first and third workshops. For the second workshop, I was pleased with the supportive responses, but also surprised by the depth of the few negative comments. I wondered why I was called an “angry deaf person.” Why not simply an angry person? Why were the Deaf people’s shared experiences considered venting? Why was it a “Deaf” issue?

I later saw the very same Deaf participants at the National Association of the Deaf conference, and they were equally taken aback by the negative feedback. As we discussed the contempt we felt from certain participants at this workshop, it suddenly made sense: hearing privilege. As we all know, some enter the interpreting profession with misguided intentions. Fortunately, we have so many solid interpreting standards and programs in place that help steer those individuals in a more positive direction. Even so, had all the Deaf participants sharing their experiences been hearing, would they have been criticized for their so-called venting? Would I have been labeled angry if I were hearing? Perhaps.

I wish that interpreter who challenged me had come up to me after the workshop and started, yes, a healthy dialogue, so that we could have come to appreciate each other. I wish she had respected my perspectives. I likely would have learned from her perspective as someone who did not grow up in the culture or community. I also find it quite ironic that she and a couple of others chose to vent via the evaluations, stating that the workshop was a “venting session for the Deaf people,” instead of building alliances.

Workshops led by Deaf people are golden opportunities to listen to their experiences—while reserving judgment—and understand that interpreting, for them, is not just a career or interest. It affects their lives, their experiences, and their realities—and for many, the legacy they pass onto their children. Ensuring the sincere desire to be an ally and exhibiting a genuine respect for experiences is a reward beyond measure. 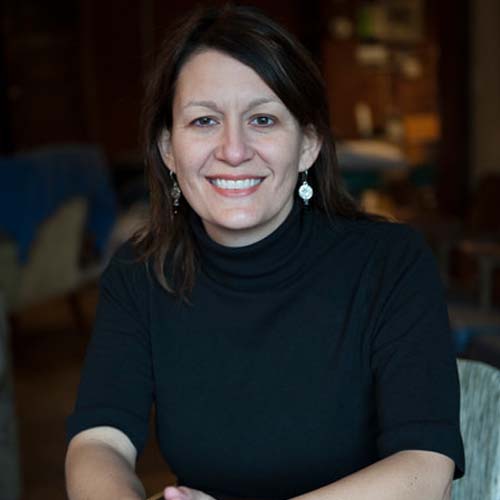 Trudy Suggs operates T.S. Writing Services and makes her home with her family in Maryland.
More by Trudy Suggs